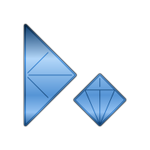 Alright, y'all,  Let's try this again.

I attempted this a year ago which led to much frustration and gnashing of teeth, but I'd like to try again because RFC 2317 has been the current best practice for over two decades, and RFC 3596 was written some 5 years later and has been an Internet standard since 2017 and there really isn't any good reason why a network provider won't do this trivial thing for customers who are paying extra for static IP addresses.  It involves NS and CNAME records for IPv4 and NS records for IPv6 rather than PTR records, but a resource record is a resource record as far as the DNS servers are concerned.

I would like to have my RFC 2317 IPv4 reverse delegation working again for my /29 (something that was working between 2013 and 2019) and have reverse DNS pointing to my servers for my IPv6 subnet as well.

If, for whatever reason, Comcast refuses to do that, then I need the existing PTR records to be updated, including records added for a handful of addresses in the ip6.arpa zone.

Let me know what y'all need from me, and hopefully this won't be too stressful or frustrating for anyone involved.

Hi there, thanks so much for taking the time to reach out to the Digital Care Team here through the forums. We are sorry for any frustrations you have about reaching back out about this issue. You have reached the right team to help look into this for you. Can you please send a private message with your name, the full address, and phone/account number?

Alrighty,  I've fired that off to you.

For whatever it's worth, I still have the old reverse zones on my DNS servers with the fond hope that we can eventually get the delegation to work properly and I can certainly set up whatever I need to on my end to make everything work.

Thank you so much for that information, Dan! We do see that you have been with us since 2015 and we really do appreciate your loyal service with us. I was able to review the account and unfortunately, this is not something that we can do from our end, we are so sorry about that. You can contact our customer security team at 1-888-565-4329 for further assistance.

I've only been with Comcast since July of 2019, and so far, my request to have RFC2317 delegation has fallen on deaf ears.  I have escalated it multiple times, and now Support has told me that it cannot be escalated anymore.  Comcast refuses to setup RFC2317 delegation---I think it's mostly due to failure to communicate between business units within Comcast.  Why would Comcast ever cease to provide RFC2317 delegations---something that ISPs have done since the 1990s?  It just doesn't make sense.  I truly believe that Comcast has a communication breakdown somewhere in their organizations and they just don't know how to "get along."

Your tale is a tale of woe and perhaps foretells the demise of useful business services from Comcast---services that they once provided without hassle.  In 2013 you were able to get reverse DNS delegation setup, presumably with ease.  Then somewhere along the line Comcast broke it and then refused, or perhaps through negligence and complacency, just ignored your requests.

Again, this bespeaks of breakdown of communication within Comcast.  That's not a healthy sign.

If Comcast wants to claim to be a "business ISP" then they need to continue offering "business features" otherwise, they are nothing more than overpriced retail service provider.

Will Comcast please publish an official statement regarding RFC 2317 DNS delegation for the world to see?

Hi! Thank you for providing this additional information. We are very grateful for your business! I will make sure to pass along this valuable feedback. Do you have any additional questions or concerns this evening?