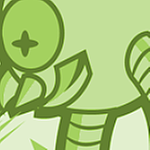 In "Connected Devices > Range Extenders", what sort of range extenders are meant?

"Manage the connected range extenders below, which were all auto-discovered by the Gateway.

You may choose to DISCONNECT, EDIT, or delete (X) the range extenders connected to your network.

There are no valid extender found!"

What kind of range extenders is it talking about?  Can I get them from Comcast, or buy them outright?

Hi HCCMgr and welcome to the business forums.

Comcast Busines does offer range extenders and the price varies in different market areas. Here are some features of the Wireless Range Extender (WRE):

Note regarding WRE coverage distance and speed throughput: There are many variables that could impact your speed when connected to the internet through a wireless network. For example, microwaves, static electricity, fluorescent lights, windows, wall type and thickness, distance, band and signal settings, multiple devices on the same channel, and several other factors can impact the speeds you receive when wirelessly connected to the internet. These WiFi variables can add substantial delay which may result in speed degradation. For this reason, we cannot guarantee a specific distance or level of speed that the WRE will provide.

The WRE is a separate product from our WiFi Pro services. Here is a link to this as well:

Please let me know if you need anything.

During your installation, the tech was most likely unable to process this since it was not in the original order and does come with a charge. Please private message me your first and last name, the name of your business, the full address and the phone number associated with your business account.

Do I just call customer care and tell them I need two WREs added to my wifi setup, one via Ethernet patched straight to the gateway, the other via MOCA from an existing coax jack?

I tried to get range extenders on the initial wifi work order, but the tech insisted that he had no such instructions on the work order and couldn't tell me anything much about the range extender offering.

Tried to send the PM, got "You have reached the limit for number of private messages that you can send for now. Please try again later."

PM went through this time.  Thanks.

LinkSys RE7000 is compatible?

Why is it so hard to find out how to add a wireless range extender to my service?  I don't have WiFi "Pro", whatever that is.  I'm just talking about the basic private wireless internet provided by my Comcast Business cable modem (gateway).  I enabled WiFi, but I find the signal degrades very quickly as I move around, since my location is two storeys and the cable modem is on the first floor.  If I walk ten feet away from it in any direction on the second floor, the signal degrades quickly, and I can't rely on it.  Please why doesn't the Comcast Business website even have a single mention of Wireless Range Extenders (if that's what they are) for the basic private WiFi service, even though it's clearly displayed as an option in the cable modem's user interface???

Greetings @slgoldberg thanks for contacting our Xfinity Forums Team. We are sorry to hear about your connection issues and we are here to help. In order to get started, can you please send me a private message to Xfinity Support with your full name and full address by clicking the chat icon in the top right?

Thanks, @Comcast_Jorge , for the quick response.

However, this is EXACTLY what I'm protesting in my response here -- you handled this request from another user (and many others) via PMs, instead of just letting us know how we're supposed to get these so EVERYONE can learn it!

There is NO INFORMATION on the Comcast Business portal pointing me to anything relating to the concept of "range extenders" for my Comcast Business gateway's private WiFi network.  Why is this?   Why can't you just tell me what brands are compatible, or if I need to buy from you directly?  If so, by the way, there's no indication you sell such things anywhere, so I recommend you fix that.

Either way, please just tell me in general, how I or any other user can get these.

You can have multiple access points with Wifi Pro, however I do not have a specific list of equipment to provide you with. I do know that our Xfi Pods are not compatible with business class wifi. Any changes being made to your business account (be it equipment or billing changes) needs to be done over the phone so I would suggest giving the business team a call at (800) 391-3000

Thanks, @Comcast_AnthonyT -- but I'm not asking about Wifi Pro (am I?).  I have regular Business class internet with Comcast, and a new CISCO DPC3941B router that was installed by Comcast Business about six months ago (plus or minus).  I never turned on the private WiFi network feature until recently, because I was using Google Nest WiFi.

But after many frustrations with Google Nest WiFi, I decided I'd rather just run the builtin Comcast WiFi that's provided by my router (CISCO DPC3941B).

It works great, when I'm close to the router. But of course, as mentioned above, when I move around and get more than 25 feet or so from the router (which is a floor below), the quality of the connection quickly falls until it's basically unusable just down the hall.

So I wanted to EXTEND my WiFi -- which according to the UI shown on the router referenced above, is a "feature".  I just don't know where to buy the extender devices from.

Can I just go on Amazon and order any old WiFi extender?  Or do I need to buy one from you guys?  (In fact, I probably need 3 or possibly 4 such devices, to really give full coverage.)

To answer this question -- for me, and for everyone else who searches for "Comcast Business Gateway +wifi +extenders" on Google (since it's not on your help site at all) -- you shouldn't need to authenticate me and know which service I have or how I pay for it.  It's really a very generic question!

Thank you again, to possibly actually tell me where I can buy the extenders or whether there's a simple requirement I need to follow when privately sourcing them.

@slgoldberg Thanks for your time and for using our Forums. Sorry, we were not able to provide you with a list of the company's equipment but we understand the importance of having the connection extended. If you would like to add any additional equipment please give our business team a call at (800) 391-3000.