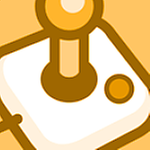 My setup is pretty simple

Unfortuantley trying to figure how to do something as simple as getting a /64 from a /56 seems to be an insane question! So far my my experianec has been :-

So now need to wait again for a call back, I'm really not holding out much hope at this point so I am just posting here incase anyone else has had any luck with PD on DHCPv6 or any other way to get a /64 to their own router, or how they route their IPv6 ranges through to their own machines.

Any help would be super apprechiated.

Hello Mitch  and welcome to forums,

I apologize for the delayed response to your post. I imagine that your main limitation with tech support is that their official point of demarcation is connection leaving the gateway.

Officially I am bound by this demarcation as well but I do have a "hypothetically" concept that might work for you...

I imagine you a might be running into the issue of the gateway pushing DHCP while trying to have the router do the same. Typical rule would be to have only one device pushing DHCP and the other just passing the signal. This does bring about a new issue, DHCP on the gateway would remain with the /56 delegation. I imagine that one would need a static IP to help circumvent this issue. Hypothetically, having this static configuration will allow you to assign your whole delegation to your router depending on the exact make and model you have. Again depending on the routing equipment and it's capabilities one could make their /64 delegation within this device.

Now I do not know the exact model of routing equipment you are using, only the basic diagram that you provided the community. I also have the limitation of demarcation on giving answers in this quandary. Perhaps one of our other community members has a better suggestion or some experience on the topic. We may find that someone has the exact solution you are looking for. I imagine we would need a bit more information to your network configuration without providing specific IP information.

I apologize for this limitation and the resulting customer service experience. I hope the community can help find an answer.