Support for Comcast Business TV, Programming, and X1 for Business 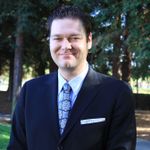 NBC Sports Bay Area powered by Xfinity Why is video encoding in 1080i?

I appreciate the work the team at NBC Sports Bay Area performs for each of the 82 Warriors’ games at home and on the road.  However, I do have a question regarding the video encoding of the Warriors’ games. I observe many motion artifacts compared to TNT and ESPN NBA broadcasts. So, I checked into the information, NBC Sports Bay Area shows 1080i for the video encoding.  TNT and ESPN encode video at 720p, delivering at 60 fps.

In my opinion, this provides a smoother picture during the fast motion Warriors’ basketball games. The 1080i broadcasts are delivered at 30 fps, and because the interlaced video must be re-processed by my modern 4K/UHD televisions, this lessens the quality of the video. Especially, when being viewed on larger screens 70 inch and larger, you really notice the difference with the motion artifacts.

What is the technical reason for encoding the Warriors’ games at 1080i?  Second, what is the powered by Xfinity about? I am not seeing anything special.

Thanks so much for your feedback, BrommerSantaCruz! We are always looking to improve our services and so I will pass this along and if you ever have any other questions or concerns, please reach back out to us again. I hope you have a lovely season in the meantime!