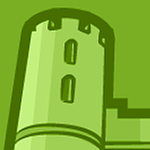 My client has Comcast business at his home. He moved in earlier this year and issue has been occurring shortly after the move.

So over a period of 3 months trying to work with Comcast, we basically gave up. Luckily the problem went away for a bout 2 months. It is now back and the same issue is occurring. Here are the details.

-Called Comcast and they confirmed they can ping the public gateway IP and the one useable IP (our firewall). Because a ping works, the tech thinks everything else will work so he hung up on me when I said this is the issue we have been having for over 6 months now. How can you help?
-Called customer at 5:30AM to troubleshoot one last time. from his PC

-When this occurs, it is usually anywhere between 1AM - 6AM

This is clearly a DNS issue which I confirmed a while ago as well as today. I think port 53 is having issues during this time. Unfortunately, support just knowledgeable on what to do or even how to handle it. Can anyone help?

Hi there, thanks so much for taking the time to reach out to the Digital care team here through the forums and we are so sorry to see that you are having issues with your internet service. I can see how frustrating this is for you and you have reached the right team. Can you send us a private message with your name, the full address, and the phone or account number?

I have submitted the info to you privately. I hope you can help because I'm really tired of being on hung up on by support because they don't know how to help. That is not a good method of improving ones skillsets, by hanging up on someone when you face a challenge.