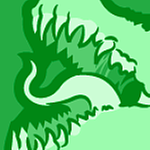 I JUST WANT TO CANCEL! I HAVE BEEN TRYING TO CANCEL SINCE EARLY JUNE! STOP JERKING ME AROUND PLEASE!

I signed up just over three years ago. Comcast and I entered into a 2-year contract, but the contract magically says 3-years now.  Because my business requires a separate network for my guests to use, I had no other option, like most people, but to go with Comcast.

Comcast tricked me into an internet/phone bundle for what I was TOLD would be $29.95/month for three years. After all was said and done, I ended up paying about $140/month for everything. Everything went fine (except for the fact that I had to pay for a phone I don't need for over three years.) I called in at the end of May to see if I could cancel just the phone since I am now not under contract, and possibly keep or upgrade the internet. I was also interested in one of the many mailers they sent recently stating I could upgrade to 100 Mbps (and keep the phone) for only $29.95/month. It turns out that the special deal is only for "new" customers. Comcast cares more about their new customers than the ones who have loyally paid each month and followed through with their obligations to pay, maybe??

Anyway, so I am told that I need to speak to the Loyalty Department, who attempts to say to me once again that good deals are only for new customers. I about bite his head off, but calmy explain, per my recorded line, what express and implied warranties are. This valuable info goes in one ear and out the other. So I get transferred to someone else who is ALSO not in the Loyalty Department and no authorized to make any cancellations or changes. (this is in the middle of the week on a weekday too btw.

Anyway, I am told that one of the "higher-ups" will be calling me back. Great news! Because I am too busy to remember to call them back. It finally dawns me that NO ONE EVER CALLED ME BACK. All I got was an email from a guy who was "going" to help get me an exclusive COVID19 deep discount, but he never did. He didn't even bother responding to my email response back to him! He just completely blew me off.

So I am waiting and waiting and waiting. No calls. No emails. No bills either! So I got curious and logged into to check my account. I was utterly floored. The prior "service request" was simply closed out entirely as if it was resolved! SUCH COMPLETE INCOMPETENCE!

Not only that, but I figured out the reason I wasn't receiving any bills lately. HOLD IT! My amount owed is only $3 and some cents??? Why so low? I usually pay as late as possible. Monthly, but as late as I can nonetheless. But check this out. So I go onto my billing history, and I swear to God, SOME COMCAST REP DECIDED TO COMMIT FRAUD BY CHARGING MY CARD NEARLY $600 THIS MONTH!! MY BALANCE OWED WAS ONLY $340. I usually would pay the past due balance of around $170, but no way on earth would I ever pay nearly $600 in one month! Is Comcast still requiring background checks on employees or what?? THIS IS TOTAL FRAUD.

Anyway, once again, I tried to cancel JUST MY PHONE SERVICE today and after being routed around five times from Sales to "Customer Service" to "Billing" to "Customer Service" and back to "Billing" etc. I eventually gave up after being promised that the unnecessary unauthorized and illegal charges will be refunded to me just as soon as the matter is "escalated" to the "Loyalty Department." Still, of course, they aren't available until M-F 8-5 (my busiest time of the day, of course.)

So here I am again, nearly two months and $750 later. GET WITH THE PROGRAM. LET ME CANCEL MY PHONE SERVICE AND STOP GIVING ME THE RUNAROUND. Also, issue me a $580 refund immediately.  Just because you have a hunch I might cancel outside of the contract terms does NOT mean you can "accidentally" pay my past due balance and my future balance for me without my authorization. That's called theft and fraud, not to mention forgery.

If I don't hear back by 6:15 pm tonight from "the higher-ups," I am filing a complaint with my State Solicitor Attorney General as well as a Chargeback dispute with my Bank. Heck, I might even file a Federal lawsuit against you guys too while I am at it. You want to play hardball? Let's play. You have NO IDEA who you are messing with, but if you keep it up, you will soon enough. This, I can assure you of.)

Thanks so much for taking the time to reach out to us regarding your billing & cancellation concerns. I very much appreciate your patience and greatly apologize for the delay in our response. I know how important the services are to your business and we want to do all that we can to assist. I am so very sorry to hear that you are considering leaving us and have been having so many issues reaching one of our great loyalty specialists. We always have offers and options, available for our current customers I would love to get you set up with an account review. Can you please reach out through private message with your first and last name, business service address and account number or phone number?

Not sure how to send a private message.

I don't know what you mean to "reach out through private message". What are you talking about? Do you have an email address?

If you look to the right are you able to select our name or my name? You should be able to see a private message option when you do that.

Cool! I will look for your private message.

My team is here 24/7 and if I am not here anybody here can help.

Ok. Well I sent you my info. And I haven't heard back yet.

I am not showing your information through this thread. Did you send us a private message with your name, the full address, and phone or account number?

Yes, please. I am hot sure what happened, but I am not showing your information at all.