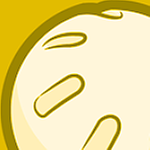 Been trying on/off for months now; have called in and reported twice - last time several months ago. If I try to re-set up CFS, changes won't accept. It was set up; turned itself off and erased the numbers I had in there.

Have stopped using daily online phone control because it's unreliable*; forward and unforward my biz phone from the phone itself.

And by-phone support only is undesirable; request email and chat support.

I can't even set mine up. I was trying to add rules for days of the week, and it gives me no options other than 'all days'.

Hi PinotNick and welcome to the business forums.

I can certainly assist with your calling features. I'll need to review your phone services. Please private message me your first and last name, the name of your business, the full address and the phone number associated with your account.