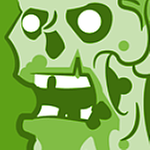 Hi,
My 10ish year old SMC D3G-CCR just died, and Comcast came and replaced it with a Technicolor CGA4131COM.  My setup looks like this:

Turns out that the Technicolor was blocking 6in4 and no one I talked had a solution for it (apparently no way to reconfig the modem to allow 6in4).

Replaced it with a Netgear, and now everything works again.