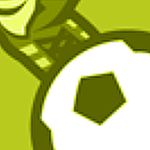 What is the magic for Comcast to route subnets of my /56 to a static gateway on my perimeter?

I have v6 devices on the permeter but I need to reach devices on the LAN side of the gateway from the Internet. Of course, I also need my devices to reach out to the Internet preferably NOT via NAT. Generally, these devices are statically assigned. Firewalling is, of course, my problem.

Thank you so much for taking the time to reach out to us through our Business Forums. I am more than happy to assist with the static IP concerns. Can you please reach out at your convenience through private message with your first and last name, the full service address and the phone number or account number?