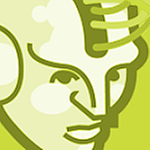 I recently upgraded my contract that included a new modem. The entire experience end-to-end has been a nightmare. This statement is related to the entire experience and not just IPv6. The purpose of this topic is to, along with many others, to let anyone else know thinking of voluntarily upgrading their bandwidth and contract, not to if you have IPV6 PD delegation working and using IPV6 to access the public network and need it. Need it or not, its supposed to work. It doesn’t and its Comcast's fault.

I've have IPV6 PD working behind my old Netgear gateway since January 2014 unti June 9. 2020 when a service appointment upgraded my gateway to a DPC3939B. As I said the entire process here has been a nighmare. Starting with the technician onsite at my location all the way through my most recent call to support yesterday.

I mention the DPC3939B but it doesn’t seem to matter. From other posts, it seems all Comcast's business gateways have this issue. Initially, the 3939B would not even respond to a ICMPV6 router solicitation or send ICMPV6 router advertisements. Following the advice of one knowledgeable CSR, I performed a factory reset. This seemed to correct the ICMPV6 RA issue but traffic still would not route. The next call to support ordered the DPC3939B be replaced with a CBR.

The onsite tech would not replace my DPC3939B with a CBR citing my bandwidth was below 500Mbs. He replaced it with what he said was a Technicolor. The fact was he replaced it with another Cisco unit, DPC3941B. But as I said, any Comcast Business Gateway used as a replacement wouldn’t matter. IPV6 routing through any Comcast Business Gateway is broken.

I will not go into painful technical detail here but what I say here was already relayed to several Comcast CSRs. Simply stated, IPV6 PD is working from the Gateway to my firewall. My firewall delegates the advertised prefix (::/59) to all devices on the PD subnet. All my devices have a valid IPv6 public address. However they are unable to send any traffic using IPv6 to other nodes on the public network (Internet). I've performed packet tracing and see the flow from ICMPv6 establishing the public IPv6 addresses via prefix delegation (PD) from the Gateway, through the Firewall/Router, to all back end devices on the PD subnet. I also see traffic sent from these devices on the PD subnet sent to the Gateway then die. I've also seen the Gateway send ICMPv6 neighbor solicitation requests to the devices on the subnet which should not happen.
It appears comcast states a ::/56, delegates a ::/59 but is actually enforcing a ::/64. Anything using a prefix < ::/64 are seen as a foreign address and dropped. Who knows?

In short, Comcast broke IPv6 with its current Gateways and knows there is a problem but doing nothing about it. This problem is well known and all over the internet.

Please do not send me your canned response asking I send a PM and provide my account details. I've seen every other complaint on this matter go into a black hole and never gets resolved. If you want to know who I am, look at ticket CR911712086. This ticket was opened yesterday, 6/22. I asked for a call from L2. Never received one. I haven't checked yet, but suspect L2 closed it.

I conclusion, I need IPV6 along with my static IPv4 addresses. If Comcast cannot meet my requirement or its stated claims and commitment to IPv6 support, I need to ask my contract be cancelled so I can find a ISP that can. This after 18 years of trouble free service until now.

Hi there, thanks so much for taking the time to reach out to the Digital Care Team here through the forums. I know you may have a lot of questions and concerns regarding your IPv6 routing after an upgrade and you have reached the right team to help. Can you please send us a private message with your name, the full address, and the phone or account number?

Wondering if there's been any update on this.

I seem to be experiencing the same problem.

@Steve Rodriguez, we would be happy to dig in further with you, but do need you to send the Private Message so that we can ask additional questions to access your account to see what's happening. If you would still like assistance, please send the requested information from above, and we'll be here to help!