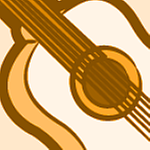 I have a dd-wrt router behind a DPC3939B with a WAN-LAN setup. LAN port on DPC3939B to a WAN port on the dd-wrt. DD-wrt has its own subnet with DHCP.

Everything works for a few hours and then there's no internet after. After rebooting, it comes back and then drops off again.

At first I thought it was a DNS issue. I had to put 8.8.8.8 google's DNS for the DNS instead of the DPC3939B's address. BUt even after doing so, it stops working after a few hours.

Is there something with the DPC3939B that isnt compatible iwth a WAN-LAN cascading setup?