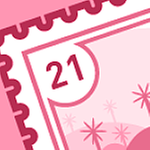 I thought I'd post an update regarding the issue of not being permitted to use static IP's with a customer-owned modem/gateway. What I found out is, I think, likely to raise eyebrows (and, possibly blood pressure levels) other than mine.

For those who may be new to this story: Comcast has what I feel is a ridiculous policy (and I firmly believe it IS a matter of policy, no matter how strong Comcast's claims to the contrary are) of not provisioning customer-owned equipment with static IP addresses or address blocks. This means any user of static IP's on Comcast's network is required to pay $9.95/month, in perpetuity, for a "Business Gateway," a device which can't be worth more than $200 or so, tops.

In doing this, Comcast is imitating the Bell System before its court-ordered breakup in 1984. Remember the days when you weren't allowed to own your own phone, but had to rent them from the phone company? Same idea. The Bells failed to get away with this in the long run, and I don't see why Comcast should be any different.

In any case: Comcast claims this is not a policy matter but a technical one. They further claim they cannot provision static IP's for customer-owned modems because they "don't have access, don't have the passwords."

Such a claim is, to my mind, a weak excuse at best and outright lying at worst. Anyone who owns their own 'business gateway' device should have no problem providing Comcast with access credentials to do whatever they need in terms of service provisioning (I would certainly have no problem with it -- heck, I view that side of the modem as Comcast territory in any case; I want as little to do with it as possible!)

My personal belief is Comcast is trying, in a sneaky way, to make up for what they perceive as 'lost revenue' due to residential customers who ARE allowed to own their modems, and are therefore not charged $9.95/mo extra. It is my further belief Comcast makes the assumption anyone who has admin-level access to the cable side of the modem will immediately raise their speed or change their assigned IP block.

Seems to me that such a blanket assumption is downright insulting to those of us who have better things to do than try to "fix" what isn't broken in the first place. Even if there are people who would resort to such tactics, there has to be a better way for Comcast to deal with it than automatically assuming 'Everyone's a cheater.'

My most recent effort involved contacting the Business Customer call center, explaining the situation and threatening to cancel my service entirely if said situation was not resolved to my satisfaction. Quite honestly, I was ready and even willing to accept a cut in bandwidth by going back to CenturyLink. I made this very clear to the rep involved, and was handed off to a 'Retention Specialist,' one Daniel Campbell by name.

In all fairness, Daniel did a great job. He was very honest, pointing out that if I was going to make the issue a matter of principle, period, there was really nothing he could do for me. I appreciated such honesty, and told him as much.

He then made me an offer which, at least for now, will be adequate. Essentially, I got upped in bandwidth from 12/7 to 50/10, and got a monthly discount for my static IP block. The end result was about $26/mo. savings on my total bill.

Does this mean I'm giving up, considering the issue closed? Hardly. I'm still investigating alternatives. As it turns out, my city of residence has fiber broadband to the entire city on their ten-year plan's wishlist. And, there's still CenturyLink to fall back to if all else fails.

Fail it will, eventually, unless Comcast comes up with a way to let static IP block users own their modem, or purchase the one they have from Comcast at an appropriately depreciated price.

Hi elchupicabra. Welcome to the Business Forum Community.  I apologize for mis-information that you were given.  For Small Business accounts, Comcast does not allow the configuration of fixed Static IP addresses onto non Comcast equipment.   Currently there are three devices available via rental form Comcast that are used for fixed Static IP addressing.

Cisco DPC3939b,  SMCD3G & the Netgear CG3000DCR.  The SMC 8014 is at End of Life and will not be deployed as it is not DOCSIS 3 capable.  The Motorola, 6120, 6121 & 6141 are stand alone modems, not useable for Static IP routing.   All six DOCSIS 3 devices are certified for business use as customer owned equipment however Static IP addressing is not available on customer owned equipment.

hahah yeah.  Yeah dumping the Netgear for sure... getting the SMC as I don't need phone or Wi-Fi .. and it looks like the SMC can go into bridge mode too: http://forums.businesshelp.comcast.com/t5/Equipment-Modems-Gateways/HOW-TO-Set-SMC-D3G-In-Passthrough-Bridge-Mode-With-An-External/m-p/2562

We run pfSense here just like the person in that post, when the tech comes tomorrow I'll have him put it into "true bridge mode".

im investigating this now myself...

i just called tech support. at first the rep said "yes they did stop allowing 3rd party modems with static" but then put on hold for a bit to check. she came back with 5 modems that did in fact work with static. the only caveat is they cant support them much at all, which isnt a problem for us since most of our handoffs are straight ethernet and we have to maintain our equipment.

Guess who just found this out himself too?  Take a look at what I discovered: http://forums.businesshelp.comcast.com/t5/Equipment-Modems-Gateways/Turn-on-Cable-Modem-SNMP-via-LAN/m-p/17190#M1912

Long story short, you've got just TWO options with static IPs.  The Netgear (I'm on modem #2 and still it reboots multiple times on me) or the SMC.

I feel really duped ... on the other hand, I have zero other options here where I live so it's not like I could have gone with someone else had I known about this.

Super annyoying as we're a systems/network administration shop.  One thing Comcast did do right was train their supervisors (who I escalated to) to give this info out right away.  Annoying I had to find it out that way though.

Yep, i feel your pain. IMHO, it would be trivial for Comcast to allow retail Motorola/Arris/Zoom/etc modems to load the custom firmware that would enable the specific features needed for Comcast's static IP/RIP implementation. Or, allow customer purchase of the Netgear/SMC - they wouldn't even have to sell it at retail stores, just let me pay the $100 or whatever it costs, so i can own the thing and not continually pay monthly rental fees.

btw, i'd recommend you run screaming from that Netgear; anything's better than it, including the Cisco DPC3939B (even though it's a dreaded "combo" wifi gateway, the wireless can be disabled.)

are you sure you'll be able to get an SMC? they are in the process of being phased out in a lot of areas...

We'll find out in about 30 minutes but when I scheduled this appt the supervisor said it would be to switch me over to  an SMC specifically.

word, if they don't have that & you have to go with a Cisco all-in-one gateway, i can actually say that i haven't seen any issues with it. Its firmware config pages offer substantially more than the SMC/Netgear.