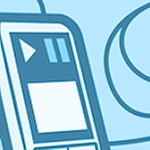 I have a Linux server running on the Static IP. It's job is to run email and a couple of other small services that need to be accessed from the Internet.

In the last month (or two? hard to pin down) the regular LAN network with NAT has had a difficult time connecting to that Linux server. It acts very oddly. Connections will SOMETIMES succeed but most often just time out. I can get email, but only by hitting the Send/Receive button multiple times until Thunderbird connects. I can connect with SSH, but only by repeating the connection five or six times. From the Internet, connections work every time. And once a connection from the LAN to the server is running it seems to be stable.

I am pretty sure that the SMC is the problem because tcpdump from the Linux server never sees any connection attempts until a success and the SMC is the only router being hit.

Was there a recent firmware update on the SMC, or is it possible this is some weird hardware problem?