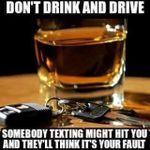 So I just got my Comcast business class Internet setup today.

The DPC3939B works great. Connected to it wired or wireless and I'll see nearly 60Mb download on my 50Mb down plan.

I plug in my Linksys E3200 wireless access point to the DPC3939B, which I use upstairs to increase coverage/signal, and I see only 20-25Mb download.

Both over 5Ghz. And the Linksys E3200 worked fine on my old U-Verse service I just cancelled. I was seeing upwards of 45Mb across it no problem on my 45Mb down plan.

Network is setup the same way. The LAN port of the Linksys E3200 plugged into the LAN port of the DPC3939B, which is precisely how it was setup with U-Verse, so it's functioning as an AP, not a router - no dual NAT going on.

I even moved the E3200 back and forth while both Internet connections were on and could validate... if I plug my E3200 into the Comcast DPC3939B, my wifi speeds even for 5Ghz seem capped at just over 20Mb. Same setup with the E3200 plugging into the U-Verse gateway, I'd see 45Mb+. Connect wireless to the DPC3939B, and see 50Mb+

I also have my own Ookla mini speedtest.net server on my LAN, plugged hard-wired direct into the DPC3939B and I'll see upwards of 100Mb hitting it over wireless through the E3200 plugged into the DPC3939B.

But hitting the internet speedtest.net sites, it's only 20Mb through the E3200. On wireless on the DPC3939B, I'll see the full 50Mb+ (limit of the Comcast plan).

So it really doesn't seem like the E3200 has any issues. It worked fine on U-Verse and LAN speed isn't limited to ~20Mb. Just hitting the Internet.

I don't know what the heck is going on. I'm very confused. I see no reason this access point shouldn't be providing full speed.

The DPC39XXB Comcast Gateways (CG) proximity distribution can ONLY be extended using a dedicated DPC39XXB Extender DPCEXTNDR). These cost one time $79.95 and you own it. Comcast technician will come to your business to install it where you need it and this is typically accomplished by splitting your Internet Coax cable and connecting one side to the DPCEXTNDR. Then there is an internal DPC39XXB MOCA programmable setting that needs to be enabled. This MOCA enablement allows the DPCEXTNDR to communicate to the DPC39XXB device and then you will be able to run all devices connected to the DPCEXTNDR at full internet speed.

You can contacct Comcast 800-391-3000, use the high speed internet tehnical option, then schedule the technician to make the DPCEXTNDR happen.

Close but no cigar. This isn't a wireless extender situation. It's a simple access point on the LAN.

I believe this is right on point for you. The E3200 cannot be used as an access point for the DPC39XXB. The DPCEXTNDR is the only supported access point to extend the range of your DPC39XXB wireless proximity distribution. See my previous post to provide this solution for you.

Hah, I completely forgot about this post. That AP I had was flaky. I got a different one, some cheapo d-link. Works fine, full speed.