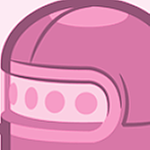 Could you please address my issue below that has been there for several days. I see that you have addressed others since mine has been posted.

I have been left out in the wind yet again.

Last Wednesday the 24th I received a call from Terry Grace at 603.695.170 who identified herself as a Comcast Business Supervisor.

We had a long conversation that basically resulted in nothing more than there was nothing she could to help me but send emails to the Portal Team which now had my issue on their plate and it was one as such that they would have to write specific code for my account to resolve the issue.  I truly find that hard to believe yet that is another story.

The one thing that she assured me of repeatedly was a story I have heard before in the past several weeks and yet she failed miserably at that also.

She continually told me that there was no excuse that reps and supervisors that had assured me they would keep in contact and apprised of status had not done so.

She stated that even though "there was nothing she could do to expedite other than send emails to the portal group" she would call to keep me informed.  She stated that she would get back to me on Thursday if there was anything new to report and that she would be out on Friday but would leave the case with another supervisor who would contact me should there be a development and that if that did not happen "We would definitely be talking on Monday when she returned"

Well here it is Tuesday and of course I have not heard from anyone.  The only change I have seen is that now I have only one instance of the domain "stuck processing" as opposed to two.

I just called her number a few moments ago to see what she had to say and her message states that she is out of the office..

HI FredE.  I apologize for not updating your post to the Comcast Business Forum.  On 4/22 this issue was referred to our Support Team for portal issues.  I have updated the team with your latest inquiry.  An agent will contact you to assist with the resolution of this issue.  Please continue to post your experiences with Comcast Business.  We welcome the feedback