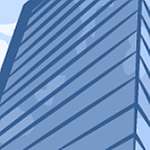 First two nights, that could kinda be explained by heavy TV service usage due to what was being aired. But not the third. This is a nation wide issue affecting both TV and Internet to ALL customers. Starting at 7pm EST and staying until 5am EST. Upload speed stuck between 0.01Mbps to 0.12Mbps, effectively killing internet access as all connections timeout. One or two nights during heavy traffic flow that could be random hardware failure, but a third night and not heavy traffic flow that is no longer random hardware failure, it's timed and intentional.

I'm sorry to hear about the upload issues you are seeing. The consistent timing of them is interesting and I'd be glad to dig into this. Please click on my handle (Comcast_Gina) and send a private message with your name, the business name, the complete service address (including city, state, ZIP, suite number, etc), and the phone or account number, and any other pertinent details so we can help!