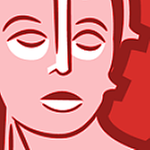 I have a friend that I am trying to game with, but the problem is that if we play anything that needs to host the server locally it never connects.  We have done a traceroute from his location to mine, and mine to his.  It seems like traffic is being dropped by comcast before it ever has a chance to be delivered.  The same thing happens when he tries to connect to his brother, who also happens to be a comcast customer.  However, if we switch over to a qwest line, we can connect just fine.

When he pings me, I can see the ping requests in my firewall logs, so it seems like ICMP traffic is just fine.  However no other connection attempts show up in my firewall logs, so I know the traffic never makes it to me. In his tracert, the last device that talks to him is a comcast device, but it is 2 hops before it would hit me. His IP is 24.243.35.45 and the last comcast device that will respond to him is 68.85.39.53.  The next device it should be talking to is 24.10.184.1, but it never responds.

Inbound/outbound trace routes could be helpful here. However, as a quick and easy test have both of you bypass your routers and plug directly into your modem and attempt to connect again.

Here is the tracert from me to him.  I will have to wait until he gets home to get his full tracert.

Here is his tracert:

You'll want to be sure that he has bypassed his router and/or enabled ICMP on it before you run yours so we can confirm nothing is blocking it.

If trace routes from both ends complete and if an MTR doesn't show any loss, than it's not likely Comcast is blocking the connection.

What type of game server are you running? I have a lot of experience with game servers so I may be able to tailor my answers a bit better.