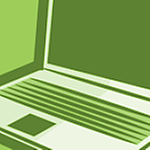 I've been tracking an issue while we've had some unusually warm weather in this area and comcast business modem & voice resetting simultaneously.

(This isn't really a truck roll moment, it's more of a "hey are you guys aware of this" thing)

If the temperature in this area (zip 98055) goes above 80F, there seem to be periodic resyncs/resets with the connections.   (I would hazard a guess that some of the equipment is in a non-temperature controlled room and eventually just starts wigging out).

A few things seem to support this theory:

1. I've been tracking outside temperature along with these (usually) brief outages

2. They seem to begin in the late afternoon (around 3pm ~ 4pm local time) when the temperature is near it's peak.

3. They continue, semi-randomly, until around midnight when it's really starting to cool down.

Anyway you get the idea.

My home office here is air conditioned but air conditioning isn't very common in this area so I can totally see that maybe somewhere up the line something is overheating.

There's also a lot of construction in this area so there could be some issues related to that too.

I believe the equipment and connection at the home office here is fine (and it's a 2012 install) but just have been noticing some possibly temperature related issues.

kraze is right about the datacenter equipment, and it sounds like you're keeping your end's equipment cool enough. Think you could post your modem signal levels? I believe that higher temperatures cause upstream power levels to decrease and downstream power to increase, and they may be borderline in normal weather but drifting out of spec/out of ideal range when it's hot outside. You didn't mention your modem model, but you can find these signals generally by browsing to http://10.1.10.1, http://10.0.0.1, or http://192.168.100.1, or whichever IP address your modem has.

Temperature is something that generally only affects client side equipment as all server equipment is hosted in data centers which are kept extremely cold.

Just a wild guess here, but it is possible that the heat is causing a specific section of cable to expand and compress which is causing some issues. Generally only damaged cable would have this issue, though, and I'd expect Comcast to be able to se that as it'd  be putting a lot of noise on the line.

Stats as of right now (connection is fine):

Had the first outage issue of the day, but the numbers seem ok (?):

Outside temp at the time of the outage was around 86F.

Unfortunately I wasn't able to jump on the cablemodem during it but I did catch it 15 minutes after it stopped.

It recovered, eventualy, on it's own, usually when it does this "4 minute" pattern I have to power cycle it (off for 2m).

(Again this isn't really a truck roll thing as it doesn't do it all the time, seems to be more frequent when it's really warm outside, like today.   I'm mostly just curious what the heck is going on with it.)

What's the optimal baseline for power and SNR?

Just had another one and this time, I got better info:

During the outage I pinged the modem's static WAN gateway (73.98.96.1) and it was responding.  So it appears the outage is the loss of transmit ability.  (This particular one anyway).

(Note the delay with power cycling etc was so I could poke around the modem admin and write stuff down.  I'm normally much more responsive than that ;))

During the outage the first three modem lights (other than power) from left to right were all steady on, it basically thought it was connected but wasn't transmitting until I power cycled it.

Your upstream signal seems to be too high. At 50 you could start seeing issues and it's possible it's dipping out of spec at certain parts of the day. Have you had a tech out at all?

bah and i had it flipped, upstream power tends to RISE in high temperature. yes this could be it

(Edit: Why are Rich Text  & HTML edit here when they don't work correctly?)

The thing I don't get, is we have comcast business in other locations (granted the modems aren't the same) and the "correct range" downstream/upstream power seems to vary.

The upstream is over 50 dBmv and oddly I've never seen it change from 51.   No problems either.

I do notice the modulation is different.

So for me, it seems fairly inconclusive.    I've been checking my values here much more often and I do believe direct sunlight with higher temperatures (85+)  is having some kind of effect but it's not consistent at all.

(I had it flip here when a minute before all 4 upstream power's were under 50 dBmv.)

And again, this is primarily an intellectual exercise, it isn't annoying enough for a truck roll or anything, it's just weird.

What is annoying this new issue: