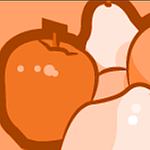 I have been having trouble with business comcast for the past 2 months.  Apparently they did an installation at the court house that created issues but that was around 8 weeks ago.  They had a few outages and finally acknowledged the problem and the internet was working okay until about 2 weeks ago.  We use voip and when internet is spotty our phone lines break up on incoming and out going calls.  This is absolutely unacceptable.  Has anyone else been dealing with a similar situation?

Yes - see my recent post.  We all need to continue posting until something is done.

I would suspect that the courthouse bought a Really Expensive line from Comcast that is very big - the Comcast sales guy dragged this 600 pound gorilla in all proud - and the engineers took one look at that, and sad "CRAP do you realize we gotta upgrade our fiber in that area"

I've seen this before with other phone carriers.  There's nothing you can do - immediately.  The courthouse, being a government agency - is likely much bigger than you and paying far more coin than you and Comcast will still make more money if you and all other business customers in the area disconnect service over this than if the courthouse wasn't on their network.

Obviously Comcast is probably working on plans to expand bandwidth in the area, and they know that the longer that they delay the more other customer losses they will suffer.  I'm sure they aren't letting the grass grow under this one.

But you cannot seriously expect a business to act any other way.  What's your own yearly sales revenue?  If I walked in your door and slapped down a contract that was 10 times larger yearly sales revenue than your existing book of business, and the only way you could sign it is if you screwed over your existing customers, you probably would do it too.  Sorry but that's just business.  Nothing personal.

I would confirm that this is the case by calling around to other businesses in the area, asking them if they have Comcast, VoIP and asking if they are suffering the same problem.  If you can collect up 20 other subscribers and compare notes and your all having the exact same problem that started when the courthouse got online, then you can actually get some of the local public utility commission people (who love stuff like this to feel as though they are important) to start being a pain in the side of Comcast and that might at least get you an apology and get the capacity planners at Comcast (who never should have let this happen in the first place) a scorching.