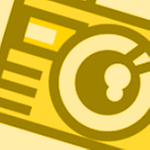 Endless T3 Restarts With No End in Sight

Since all conventional means of assistance have been proven a little fruitless, I’m hoping I can get some assistance using this method.

For the last 3 weeks, we’ve been suffering from intermission phone and internet outages. From looking at the internet modem logs, we’ve been having T3 restarts. There is no pattern for them, sometimes it’s several times in a row, other times it’s every few hours. At its worst, it was every 30 minutes for an entire workday. If we're lucky, we only get one a day, or sometimes, the rare case where it doesn't happen for an entire workday (although I do catch them happening when we are closed).

This removes our internet and phone access for up to 15 minutes. Being a public library, this puts us unable to serve our patrons, and since we don’t know when it will happen there’s no way to prepare anyone.

Over the last 3 weeks, we’ve had 5 tech visits and all of them can’t find a problem. However, they were able to see the building next to us also suffered from the same T3 restarts. At one point it was said that a drop somewhere in our village was having problems, but from what I understand that was replaced. It didn’t improve it.

We’ve had our line replaced often and that never fixes it. Both internet and phone modems (we have separate ones) are new and working perfectly normally. We don’t need to replace those.

I understand completely that this is an issue with lines or drops at this point and that could take a while to repair, but no one seems to want to escalate this issue or admit it’s a problem. Until a tech is in the building when we have an issue, I don’t see a way to resolve this or prove that something is wrong that’s not our equipment.

It’s incredibly frustrating to have to spend large parts of my workday on the phone with Comcast, setting up appointments, waiting for techs only to get an often condescending “nothing is wrong!” once they do show up.

Good morning, @cpldc. I know how important our service is for any business. T3 timeouts are a pain, but we do have access to view those on our end as well to confirm it is happening. I'd love to help and dig further into this for you.

Can you send me a PM with your name, business name, phone number and address? To send a private message, please click on the chat icon on the top right next to the bell. Please make sure to send the message to our singular handle "Comcast Business" and we will get back to you ASAP.