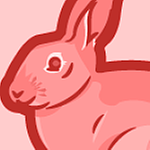 Hello - the service to my home office is currently fed via an aerial cable from the street. Last winter we had a snow/ice storm that was pretty out of character for this area, but the cable ended up being broken during that storm. Between weather making it difficult to access the pole and other damage in the area we were out of service for multiple days (my wife and I both work from home). When the crew came to hang a new cable they suggested I look at having it rerun in conduit to prevent those issues in the future.

I've tried reaching the construction team several times but through the main customer service number I end up being transferred to different departments or the call is dropped. I am willing and able to dig for and bury the conduit myself, but I need to get a few questions answered before I do. In general I would want to know what the process looks like from the Comcast end and what I need to do to have someone come to run the cable through the conduit once it is ready. More specifically I would want to know things like the necesssary diameter for the conduit, where specifically it should begin/end etc.

Thanks so much for taking the time to reach out to us through our business forums. I would love to assist you with the ariel line for the services and transitioning that into a buried line. Can you please reach out through private message with your first and last name, full service address and account number or phone number and we will get started? -Comcast_Michelle