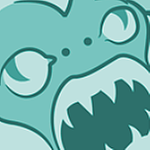 Constantly Not Working - Bad For Business

Ever since we've had Comcast Business (for the six months we've been open) we've had nothing but problems with it. Seems like at least once a week, the internet goes down during business hours. So we can't take credit card payments, we can't do trade-ins (sort of, we do them but we can't look up the value on items so we have to guess at it), and we can't work on our online advertizing. Usually it takes calling Comcast, screwing around with their barely-functioning automated system until we can speak with a real human being, and then having them refresh our internet (or whatever it's called).

[Just a digression but your automated system is broken. Calling 1-800-Comcast and pressing "2" for business causes it to hang up. Twice today I've gotten all the way to a live human being only for them not to be able to hear me.]

Today, even having them reset our internet did nothing. It acted like we had internet, but every webpage said "server is down" - and then we stopped even having that and got the "you aren't connected to the internet" message instead. We set up a service appointment but decided to cancel it when the internet (on it's own) decided to start working again because Comcast told us they'd bill us $90 if the problem was on our end and not with Comcast's equipment or service! Is this just going to be a recurring thing? I can't believe that business class internet is this unreliable.

Well, it's working now so I don't think the signal level is going to show anything abnormal. (Closed the store last night, this morning the internet is back up.) I'm using a router, it is an Arris from Comcast. Model # for the modem is DPC3939B.