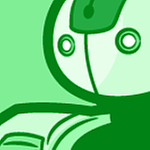 I had international calling on my BVE account automatically suspended due to suspected fraud. Awesome that there's this type of monitoring but that's where the good stops. I called into support as the notification directed and everyone I spoke to was super nice and I get that they're crazy busy right now. I was passed around from person to person after being disconnected twice and spending almost 2 hours to get the situation resolved. I'm not complaining about the wait time. That's understandable. I do have a problem with being repeatedly passed around until I got to someone who knew what was up. Once there, I verified my account (AGAIN), was finally told what the issue was, and sent back to the queue for further support on how to actually fix the security issues that were suggested. Once that was done, I was asked to re-navigate the phone tree to get to the guy who told me what the original issue was so that he could re-enable the services that were automatically suspended. Bummer. I also learned several things along the way:

- There is no way to bulk reset voicemail PINs.

- There is no way to bulk reset user passwords.

- Voicemail PIN length is 4-8 characters. You cannot mandate PIN longer than 4 characters for your organization despite the account security specialst saying this was a critical step. I guess my users are on the honor system and we all know how that works when it comes to password complexity requirements.

- You cannot prevent a user from selecting the last 4 digits of their phone number as the voicemail PIN. I can't be the first person to think of this.

Those seem like basic features to enable if they're such a security risk. I'm lucky in that I only have 20 or so users so it'll only be an hour or so navigating the buggy portal and communicating with each user on an individual basis. This would be an enormous problem at a large scale. Better organizational management tools are needed and this seems like low hanging fruit. To re-iterate, the process and tools are very flawed but the people that I spoke to were exceptionally kind.

Thanks so much for taking the time to reach out to us through our business forums. I am very sorry for the delay in our response. I really am grateful that you have taken the time out of your day to supply this feedback regarding your experience. You are correct regarding the options for your features. As I cannot give you specific reasons for this other than security reasons regarding resetting bulk passwords. Regarding your voice pin for the account. More information can be located through this link https://comca.st/33J5yp6. As far as prevention of using the last 4 digits of the phone number as a voicemail pin, the default pin number is set as the last 4 of the phone number, but upon set up it is advised that this be changed once the voicemail box is set up. Removing the ability to set this up as a password would also remove the option for it to be the default password for your voicemail. I am so sorry to hear that you had so many issues reaching the correct individual to resolve the international calling issue. Were you able to get this entirely resolved? We are always available to assist with any request through the forums here. If you need further assistance please do not hesitate to reach out through private message with your first and last name, full-service address and account number or phone number.