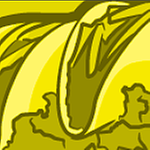 I then called resedintial billing and explained to them what happen. The associate told me "your resedintial account is still open but I see where it should have been closed" she then transferred me to someone else who needed to close my account dated back to May when I opened the buisness account. She then said she would need to start an ER ticket to get the payments transferred from the old resedintial account to the new buisness account and it would take several days to accomplish.

I called back in a week since the payments were not transferred yet and was told that they have not done anything because I have not sent proof that I made the payments. I was never told to do this and it did not make sense since it never was debated I did not make the $272.94 payments.

So on the 13th of August I faxed the statement from my bank showing the two payments I made to Comcast in July. I called back on the 17th of August and was told that nothing has been done because the resedintial account was not closed yet. I was speechless! I asked to speak to a supervisor and was connected to Fred after holding for 14 minutes. Fred told me there was nothing he could until the resedintial line is closed and never apologized or showed any sympathy at all.

So, here I am still trying to get this fixed several weeks later. I hope this reaches someone who is empowered to resolve this easily fixed issue. I know if I ran my buisness in this manner I would be out of business. I have continued to pay current charges but my account still shows a past due balance. I have decided to not give Comcast another cent till this is resolved. My next phone call will be to the State Consumer Affairs Office.

HI CameraMan.  I apologize for the ongoing problems you've encountered in trying to resolve this issue.  If you will send me a private message wth the residential account number and well as your contact information I will engage the appropriate Department and follow up with you on the resolution.