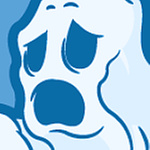 Unable to disconnect my service

I have been trying to disconnect my home/business service since 5/1. I sold my business and moved to an area that does not have Comcast. On 5/1 I was told the massive early termination fee would be $1551. On 5/26 I finally got a call back from a supervisor after 4 unreturned calls and was told the ETF was now $1723 (how it went up I don't know). I told her I wasn't working because of Covid & she said my account would be disconnected 7/1 because I needed to give 60 days notice (from 5/1) and said I would just pay monthly since I don't have $1700 lying around! I called yesterday to make sure it was disconnected and was told it was not disconnected and it could not be disconnected until I pay the ETF, which is now $1551, again! Even though it's been 3 months of additonal bills and I have paid over $400 in monthly bills since then.

Hi there, thank you so much for taking the time to reach out to the Digital Care Team here through the forums. I am so sorry to see that you are having a hard time disconnecting your services as this is not what we strive for. We would hate to see you go but we do also respect your decision and you have reached the right team to help make sure we get this taken care of. Can you please send us a private message with your name, the full address, and the phone or account number?

I too am unable to disconnect my service. As a business owner, my company has suffered in California. I have needed to lay off 50% of my staff. We have made the business decision to move our company to Meridian, Idaho. Unforutnately, When I called to let Comcast know that I wanted to transfer my service, they informed me that Comcast doesn't provide service in Meridian Idaho and that I would have to pay $8,000 to cancel my account, otherwise they would place my company in collections. This is an extremely poor way to kick small businesses when they are suffering. Can you please HELP??

To Whom it may concern.

My company is based in the San Francisco Bay Area and our business has been crushed by COVID lockdowns. I have had to lay off 50% of my workforce due to a 75% decrease in revenues. Obivously, as a business owner I need to stop the bleeding. So we have decided to move our facilities to Meridian Idaho. Unfortunately, Comcast doesn't provide service in Meridian Idaho. Instead of Comcast allowing me to exit my contract due to the fact that they don't provide service in this area, they are charging me $8,000 to cancel my contract. This is a discusting display of corporate america at is finest. Crushing the small businesses that are just trying to survive. This is an abomonation and clearly shows Comcast's character.

CAN ANYONE PLEASE HELP A SMALL BUSINESS TRYING TO SURVIVE???

I'm truly sorry to hear about the hardships; we realize that the last several months have been extremely difficult for many of our beloved customers. I'd be glad to review the situation and see what options there. Please click on my handle (Comcast_Gina) and send a private message with your name, the business name, the complete service address (including city, state, ZIP, suite number, etc), and the phone or account number, and any other pertinent details.

Hi there, thank you so much for letting us know about this! I actually responded to you in a different thread earlier, so I've moved this post to that thread to avoid confusion. Please respond to us when you get a chance, we understand that things are stressful right now and would love to help.

Thasnk Gina. Let me know the information you require or a contact number so we can resolve the issue. Thank you for your assistance.

I have also had trouble disconnecting my service. I switched over to home so I could do a triple play and wanted to keep my phone number. Residential was unable to port my phone number over because business wouldn't release it. I was told I had to send my business equipment back but it was still active. When it finally was turned off, I made several calls to get the phone number ported and then returned the business equipment. Now I am being billed for the extra month that the equipment was not turned off. Can anyone help me with my bill? It seems like you want to bill me even after I said I wanted the service stopped.

Yikes, that sounds pretty complicated! I'd be glad to work on unraveling this for you. Please click on my handle (Comcast_Gina) and send a private message with your name, the business name, the complete service address (including city, state, ZIP, suite number, etc), and the business' phone or account number too.

I’m not sure how to send you a private message. My email is mikeg41@aol.com.

Are you able to click on my name? When that opens you should see an option to send a private message.

My business is Gibson's Shaved Ice. We are located at 47 West 500 North in West Lafayette, IN. My phone number is 765-497-2009. I am not sure what my business account number is. Let me know if there is anything else you need from me. I would like to have the balance be zero.

I am so sorry for the delayed response and can you please remove this public thread for security purposes? Also, can you follow these steps to send a private message?

To send a private message:

Get Legal Shield and an affordable access to an attorney! Those are crazy outlandish fees!