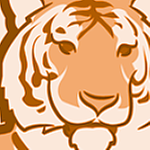 So far the service quality and reliability has been good, no complaints there. But I have two points I need to re-address.

1) I'm not being charged any taxes on my service. The bill has nothing listed, I called in on April 1 and the representative (supposedly) submitted a request for that to be looked into. I'm not tax-exempt, and want to avoid any potential pitfalls before the year is up.

2) A phantom promotion. I received calls (and emails) late February about scheduling the installation after I had completed the service agreement with the representative. When I spoke with the agent (Sequita C.) on February 19, I was advised that if I scheduled the installation on February 20 or 21 that I would receive a $200 statement credit. The timeframe was far sooner than I had desired, but I agreed on the statement of promotion eligibility.

This statement credit never arrived on my bill (despite being told it would apply to the second, and any remainder on the next), so on my April 1 call I inquired on the timeframe. That agent (of which I did not record her name) stated it would be as a Visa/Mastercard giftcard and I should receive it within 60 days from start of service. Odd, but okay.

Which leads back to present. On 6/14 I used the online chat to again inquire, and was advised it would be escalated. The agent then came back to state the promotion was not in my contract (which is true), and that I would not receive anything. I contacted by representative but that didn't go anywhere.

Hi cr_mb_op; welcome to the forums and thank you so much for letting us know about the billing issues. I can definitely take a look into this to make sure we get it figured out. Please private message by clicking on my handle (Comcast_Gina) and confirming your name, the business name, the complete service address (including city, state, ZIP, suite number, etc), and the phone or account number and any other information I might be able to use to investigate all of this.