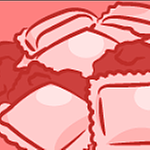 I have tried recently to sign up for Bussiness Internet. I originally had signed up both Internet and Voice, as they said it was avialable in my area around the 1st of the month. I noted I need service up by the 17th since we started this. That order was rejected stating they cannot offer voice in my area, even through their systems incorrectly state they can. So we stared over which my Sales Rep assured me we will 100% be up by the17th. Even after we had to redo all the paperwork.

Now I have been waiting for an Account number to be created (nothing else) since the 9th. They can't set an install date as whoever creates the Account number hasn't yet. I have been called twice by someone who left a message for me to call back to rescheduling department to set-up an install date, However when I call them there is no Account number. I have had this expedited and esculated a few times now, with the promise that would hear from someone shortly once they can figure out what the hang up is. Not one person has contact me back, not even those in the Rescheduling department who said they would call or email what the hold up is and why I have been waiting solely on an account number since the 9th.

Erin My sales rep said I would 100% have a scheduled install date on the 10th by 5pm, I called at 5:45, I was informed it would be by 8pm. I called the next day at 11:00am I was told agian that they (the specific rep I talked to) would call me by 5pm to explain what the hold up is or get me scheduled. Erin agian assured me it would be completed by 5pm. I called back at 5:45 A different rep and their supervisor assured me  I would be called by 8pm to let me know what is going on. Now the 12th I have called at 1:00pm, It was esculated to supervisor of whoever (supposedly) is suppose to get me an account number so I can get this scheduled, and Assured again by 5pm it would be completed. I called at 4:45, Kimberlee, said her supervisor was contacting theirs to see what hold up is, and that I would hear back by 6pm from her either by email or phone. At 6pm no call no email (yes I checked Junk) besides the test one she sent me before to make sure I got her email. The next rep agian told me I should hear something this weekend but at this time there is no notes whatsoever to what the holdup is, and there is No account number for my order number yet....

I need the install to be completed by the 17th. I have been doing everything in my power to keep on top of this. I have heard the stories about Comcast, yet I have never been a customer. I went with a business account to avoid some of problems and issue that may arise when working from my home. What does it take to get an account number and schedule a date for an install??? How long does this take normally? (Does it take 4 + days when expedited to just get an account number normally?)

Hi MechalronTager.  We can assist with this issue.  Please send me a private message with your contact info and the physical address of the pending service install.

I was informed they are working on the account number and it is assigned to a Erica, and she will work on it when she gets into the office. Noone seems to know if she knows is in the office.

I sent the information you requested.

I have called this morning, supposedly there is account number at 9am they assured me it would be fixed by 11am and schedule. I call now, nope no response from the team since 9am, They told me agian try before 1pm.

Next update. Erica couldn't process it to get the account number now their Tech support team (Operations) are having to look into why it will not let them.... ETA: Unknown, Can't even confirm it will be fixed within a week or three.....

Update: Still no contact back. Upon Calling they are claiming there is no account number and they are waiting on the department that create the account numbers.

I had to go through the whole mess of what is going on, then after about 1/2 I was able to get word that the Operations department has not responded to anything from Yesterday. Nor would they respond to the Representive I had on the phone via Instant messaging. So it is unknown if they have even got the issue or are working on it...

I don't see my service up by the 17th as I was assured (100%) it would be by my sales rep. I understand that this isn't her fault but this is ridiculous....

So now I am told there isn't an ticket to the Tech team, and that I need to call Sales, Robert Strother (spelling?) I try the direct number they gave me. This number does not accept incoming calls. >< I call back I get the WE CANNOT DO ANYTHING ABOUT IT speech.

I call sales, they just want my rep to call me, I can't get a supervisor. No contact from the representive that asked for my information on here either....

Greg my sales supervisor yesterday, who was suppose to contact me by the latest 11 am. No call

I called sales they say I need to call Greg. I can't call Greg as his phone is no longer accepting calls.

Same for the sales manager Robert.

No account number, noone still seems to have any clue what is going on when I call either. Comcast has me running around for some problem they have but noone has a contact name or number for where the problem is.

So, I've been calling Greg and sales with several attempts to see what is going and why he didn't contact me back by 11 am, starting at 1pm

No response from Greg, Only one time was I able to leave a message. Sales members I talked to just supposedly sent him email or left him notes on his desk to call me. Now he is gone for the day....

Can I please get an update or assistance with this?

Still no call back today, I called a few times left voicemail. Called Sales and email agian was sent requesting a call back....

"Subject: Did you get the answer you needed?

Your topic recently received a reply.

Did it solve your problem?

Click here to view the reply and mark one as an Accepted Solution.

This helps others find helpful answers in the community too!"

No my problem has not been solved yet.

Still nothing, I call I get Voicemail, left message.

Scheduling says Greg put a ticket into the worng department and he was requested to put it into the proper department several days ago, but they show no ticket being opened since then.

I talked to sales agian, They are leaving a message for Greg to contact me agian, but noone else can seem to do anything but Greg.

Comcast, "Putting clients first by putting employees first, immediately after prioritizing fiscal responsibilities and leveraging profitability towards exceeding by empowering our employees to put clients (and themselves) first, in a diverse and respectful environment of only those that come first, first."

Still No call back from Greg, No ticket/email put in to correct this issue. ><

Apparently the address isn't serviceable and noone cares to call and let you know then there system and techs are wrong.\

Still No call back from Greg, No ticket/email put in to correct this issue. ><

I have left messages for Greg, Robert, and Eric, as I cannot get any one to correct the issue. Greg still has not contacted me back. Justin informed me that Greg told him he did contact me back and talked to me, which Greg is mistaken at least.