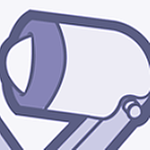 I originally chose Comcast Business because I needed Static IPs for VPN access to my office, the ability to run public facing web instances, and higher upload bandwidth, among other things.  So, I signed up on November 2, 2017, and slowly experienced all sorts of unbridled hell over the two year span, mostly related to the coveted Cisco DPC3941 modem.  Finally nearing the end of my contract, I felt a sense of liberation and called to disconnect on September 16, 2019, even signing a disconnect form via DocuSign...happy days!  I was given the usual propaganda of how wonderful services were, that I was a fool to disconnect, and so on.  However, instead of making me a happy customer, Comcast Business insisted the problems I was experiencing were mine and mine alone, and that their gateways were impeccable.  Save for the fact that you have to pay to lease them, that they won't do 1:1 NAT, use bygone RIP routing protocols, and are as cuddly as a cactus when dealing with IPv6.  Yet, thanks to these forums, I was able to navigate through all of it.

Shortly after my termination, I decided to give DSL a try.  That was unpleasant on a number of levels.  So, I called back to Comcast Business, spoke to one of their salespersons and even an engineer, both who promised me all of the issues I had with the DPC3941 were gone, and to give Comcast Business another try.  OK, so I specifically asked whether the 30-day money back guarantee would apply, since I had already terminated my contract.  Sure, no problem, this wasn't being treated as a traditional renewal.  So, I signed a brand new agreement on October 23, 2019, which was set to begin after installation of a new gateway.  I even warned that it may be cancelled if I was leased another device that was as bad as the first.  Sure enough, I was sent an even uglier monster, the Technicolor CGA4131.  Same user interface as the DPC3941 with the same problems...just as useless with no 1:1 NAT or anything else of value.  I didn't even have service a full three days when I called back in to cancel.  No way was I keeping that crappy service and paying for it!  I told them to get rid of the service, and I signed a disconnect agreement on November 6, 2019.  Mind you, both agreements were terminated with a $0.00 balance.

Fast forward to today...I had peered in on my online account because billing charges kept growing.  I was puzzled, as I had already cancelled on November 6, and thought surely by now that the billing department would have caught up.  After an hour on the phone and speaking to some agent named "Jenny" with no satisfaction, I insisted to speak to a supervisor, "Bobby Wilson", who won't let you forget who he is; he lets you know he's the only Bobby and a supervisor...charming.  Jenny insisted I was due a sum of $1649.83 in early termination fees.  I balked.  Bobby made sure he recanted everything Jenny said and agreed with her.  Both insisted that I sign a new DocuSign agreement for disconnection and that they could not proceed to terminate my account without it.  Of course, it had early termination fees that the November 6, 2019 agreement did not.  Naturally, I advised them that if their departments butchered my disconnect order, that was on them, not me, and that of the two disconnect agreements I signed, both stated I owed $0.00.  Both of them tried to muscle me into signing another disconnect agreement while they had me on the phone, this time with the aforementioned early termination fee of $1649.83...no way, not a chance!

With all of that said, if you're renewing or considering renewal, don't.  Buy a carrier pigeon, a 56K modem...do anything, but don't renew!  From Sales all the way across Customer Retention to those that handle disconnections, expect them all to be dishonest the whole way, end-to-end.  Yes, they will lie.  I'm sure you knew that, but in case you didn't, take it from me, they'll do anything to bind you to an agreement, and they don't care about you as a customer...there is no loyalty.

Am I paying them?  Of course not.  I opted out of arbitration as well, so I will take up other legal remedies to bring this matter to a close.  Should be easy--I agreed to termination, and agreed to it again...rewriting history seems to be Comcast's way of doing business, but not with me.  I will be sure to exact $1649.83 of satisfaction and more by advising people to NOT do business with Comcast Business.

I am so sorry to hear that you have had so much trouble with your request for disconnection and the provided modems available for you. I would love to dig further into the disconnection issue and ensure that we get this resolved for you. Please reach out through private message with your first and last name, full service address and account number or phone number? -Comcast_Michelle

Comcast did, in fact, get in touch...and they did nothing.  They said they would waive charges within six months if I re-instituted my service, but when I replied to their "business account executive" who was going to help, all I heard was crickets.  Despite calling out the fact that their modems don't work as they advertise and promise, they're not interested in fixing any of their innumerable shortcomings.

jdlewis, So sorry to hear about this experience. It is not the experience we want for our customers. If you change your mind and would like our team here to investigate this matter, please send us a private message.